Sunroof Vs. Moonroof: What’s The Difference? 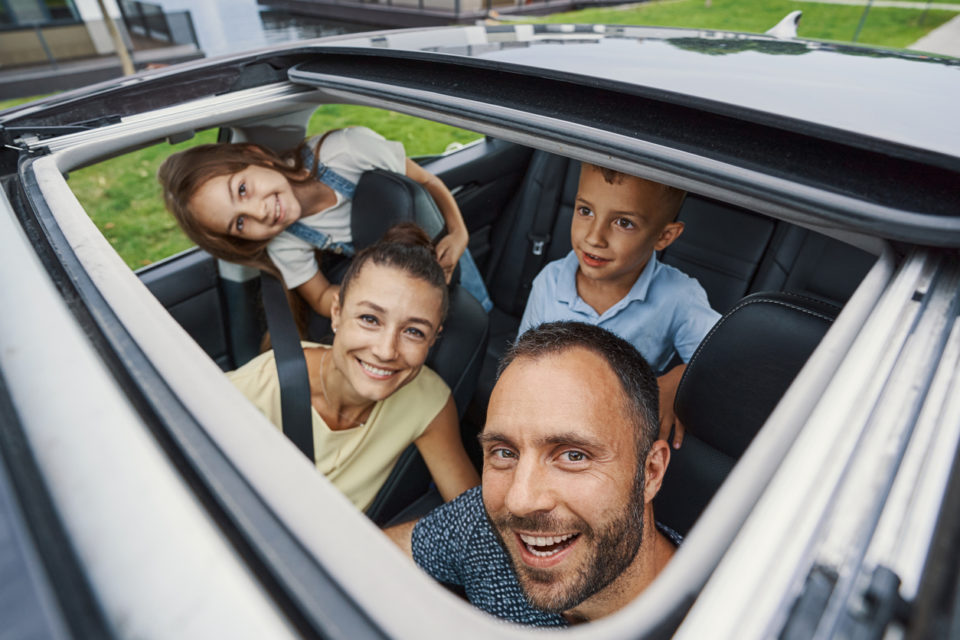 Sunroof vs. moonroof: What’s the difference? Great question. You’ve probably heard dealers, family members, friends, ads, and all sorts of sources talk about a car’s moonroof. Or a car’s sunroof. To you, they both might just look like an opening in the ceiling of the car. Call it a sunroof during the day and a moonroof at night, right? Actually, there’s a difference between the two and today we’re going to discuss what that difference is.

A sunroof is an opaque metal panel that can be tilted or removed. It’s usually the same color as your car. While sunroofs have traditionally been considered a luxury feature, more and more lower-trim sedans and other vehicles now offer sunroofs as an available option. Panoramic sunroofs, however, remain a feature that is typically found only on SUVs. We’ll discuss panoramic sunroofs in a moment.

A moonroof is a transparent sliding tinted glass panel that is not removable. They may come with a retractable shade, which can be electric or manual. Moonroofs are found in today’s manufactured vehicles more often than sunroofs.

Many newer vehicles that do feature a sunroof go with a panoramic sunroof. A panoramic sunroof is one in which nearly the entire roof of your car is made of glass, however only the panel above the front two seats is able to open.

Adding A Sunroof Or Moonroof

If your car doesn’t have a sunroof or moonroof but you would like to add one, you may be able to do it – you just have to have the appropriate factory-requisite architecture on your vehicle. Also, you may want to check how adding a sunroof or moonroof will effect your car’s warranty. In some cases, it could make it void. Finally, of course, you will want to get the work done by a professional. Installation for a pop-up sunroof is usually more affordable, while a panoramic sunroof is the most costly.